If you are manually adding a key from a PPA, use

Starting with Kubernetes v1.8.0, the Kubelet will fail to start up if the nodes have swap memory enabled. Discussion around why swap is not supported can be found in this issue.

Before performing an installation, you must disable swap memory on your nodes. If you want to run with swap memory enabled, you can override the Kubelet configuration in the plan file.

If you are performing an upgrade and you have swap enabled, you will have to decide whether you want to disable swap on all your nodes. If not, you must override the kubelet configuration to allow swap.

If you want to run your cluster nodes with swap memory enabled, you can override the Kubelet configuration in the plan file:

This example Project will help you to create KOPs cluster on multiple AZ but limited to the Single region.

Assume that you have AWS CLI installed and IAM user configured.

The IAM user to create the Kubernetes cluster must have the following permissions:

Replace with your public zone name

If you want Force single master. (Can be used when a master per AZ is not required or if running in a region with only 2 AZs).

ALl good now. You can run Terraform plan to see if you get any errors. If everything clean just run “terraform apply” to build cluster.

Salt servers have two types, Master and Minion. The master server is the server that hosts all of the policies and configurations and pushes those to the various minions. The minions, are the infrastructure that you want managed. All of the pushed information is communicated via ZeroMQ; this communication is also encrypted and minions must be authenticated on the master before receiving any commands/configurations.

Saltstack maintains a PPA (Personal Package Archive) that can be added as an apt repository. On my systems before I could add a PPA Repository I had to install the python-software-properties package.

Now that Salt has been installed, we will configure the master server. Unlike many other tools the configuration of SaltStack is pretty simple. This article is going to show a very simple “get you up and running” configuration. I will make sure to cover more advanced configurations in later articles.

In order to configure the salt master we will need to edit the /etc/salt/masterconfiguration file.

Salt is not necessarily push only, the salt minions can also send requests to the salt master. In order to ensure that this happens we will need to tell salt which network interface to listen to.

All of salt’s policies or rather salt “states” need to live somewhere. The file_roots directory is the location on disk for these states. For this article we will place everything into /salt/states/base.

Not all states are the same, sometimes you may want a package to be configured one way in development and another in production. While we won’t be covering it yet in this article you can do this by using salt’s “environments” configuration.

Each salt master must have a base environment, this is used to house the top.sls file which defines which salt states apply to specific minions. The base environment is also used in general for states that would apply to all systems.

For example, I love the screen command and want it installed on every machine I manage. To do this I add the screen state into the base environment.

To add additional environments simply append them to the file_rootsconfiguration.

While this article is not going to cover pillars (I will add more articles for salt don’t worry) I highly suggest configuring the pillar_roots directories as well. I have found that pillars are extremely useful for reusing state configuration and reducing the amount of unique state configurations.

Pillars also understand environments, the method to adding additional environments is the same as it was for file_roots.

That’s all of the editing that we need to perform for a basic salt installation. For the settings to take effect we will need to restart the salt-master service.

Before we move on to the salt minion’s installation we should create the file_roots and pillar_roots directories that we specified in /etc/salt/master.

Setting up the Salt-Minion

Now that the salt master is setup and configured we will need to install the salt-minion package on all of the systems we want salt to manage for us. Theoretically once these minions have been connected to the salt master, you could get away with never logging into these systems again.

The below process can be repeated on as many minions as needed.

Configuring the salt minion is even easier than the salt master. In simple implementations like the one we are performing today all we need to do is set the salt master IP address.

By default the salt-minion package will try to resolve the “salt” hostname. A simple trick is to set the “salt” hostname to resolve to your salt-master’s IP in the /etc/hosts file and allow the salt-master to push a corrected /etc/salt/minion configuration file. This trick let’s you setup a salt minion server without having to edit the minion configuration file.

In order for the configuration changes to take effect, we must restart the salt-minion service.

Accepting the Minions key on the Salt-Master

Once the salt-minion service is restarted the minion will start trying to communicate with the master. Before that can happen we must accept the minions key on the master.

We can see what keys are pending acceptance by running the salt-key command.

Installing and Configuring nginx with SaltStack

SaltStack has policies just like any other configuration automation tools, however in Salt they are referred to as “states”. You can think of these as the desired states of the items being configured.

Each state in salt needs a sub-directory in the respective environment. Because we are going to use this state to install and configure nginx I will name our state nginx and I am placing it within our base environment.

Once the directory is created we will need to create the “init.sls” file.

Now that we have the Salt State file open, we can start adding the desired state configuration. The Salt State files by default utilize the YAML format. By using YAML these files are very easy to read and easier to write.

Managing the nginx package and service

The following configuration will install the nginx package and ensure the nginx service is running. As well as watch the package nginx and nginx.conf file for updates. If these two items are updated the service nginx will be automatically restarted the next time salt is run against the minions.

Add the following to init.sls:

The configuration is dead simple, but just for clarity I will comment each line to explain how this works.

With configuration this simple, a Jr. Sysadmin can install nginx on 100 nodes in less than 5 minutes.

Salt can do more than just install a package and make sure a service is running. Salt can also be used to deploy configuration files. Using our nginx example we will also configure salt to deploy our nginx.conf file for us.

The below configuration when added to the init.sls will tell salt to deploy a nginx.conf file to the minion using the /salt/states/base/nginx/nginx.conffile as a template.

Append the following to the same init.sls:

Again the configuration is dead simple, but let us break this one down as well.

After appending the nginx.conf configuration into the Salt State file you can now save and quit the file.

The top.sls file is the Salt State configuration file, this file will define what States should be in effect on specific minions. The top.sls file by convention is usually in the base environment.

To add our nginx state to our salt-minion we will perform the following steps.

That’s it, we are done configuring salt stack.

Unlike other configuration management tools, by default SaltStack does not automatically deploy the state configurations. Though this can be done, it is not the default.

To apply our nginx configuration run the following command

That’s it, nginx is installed & configured. While this might have seemed like a lot of work for installing nginx, if you expand your salt configuration to php, varnish, mysql client/server, nfs and plenty of other packages and services. At the end of the day SaltStack can save SysAdmin’s valuable time.

Power off your CentOS virtual machine, Go to the directory of your *.vdi image. If you don’t know where it is, look at your Virtualbox Manager GUI VirtualBox -> settings -> storage -> *.vdi -> location e.g. mine is located under ~/VirtualBox VMs/CentOS7/CentOS.vdi Back up your image just in case anything goes wrong

Use fdisk utility to delete/create partitions

Take a look at your logical mapping volume to see what volume you want to enlarge, in my case, /dev/mapper/centos-root Resize the file system by adding -r option, it will take care of resizing for you

Here you go… You did it…

The Cluster consists of Nodes. Recommended configuration is to have at least 3 nodes, but you can make it running with 2 nodes as well. Each Node is regular MySQL / Percona Server setup. The point is that you can convert your existing MySQL / Percona Server into Node and roll Cluster using it as a base. Or otherwise – you can detach Node from Cluster and use it as just a regular server. Each Node contains the full copy of data.

Debian and Ubuntu packages from Percona are signed with a key. Before using the repository, you should add the key to apt

You should see something like this if installation successful:

Now you can simply bootstrap (start the first node that will initiate the cluster):

Check Status with below commands

Note: Below steps only cover standalone server installation on Ubuntu 14.04.

I am using Digitalocean VPC. Installation should be similar in AWS EC2 instances.

#This Setup is painful, but you need to do it.(will try to add the packages)

Note: Lookout for the recording removal cron. It might fill your server.

#Then Reboot the server.
VICIDIAL processes run on screen. There should be 9 Processes running on the screen.
All Set now. Now, You can configure web interface and logins.
Vicidial Admin login :
http://VICIDIAL_SERVER_IP/vicidial/admin.php
user: 6666
Pass: 1234
Continue On to the Initial Setup 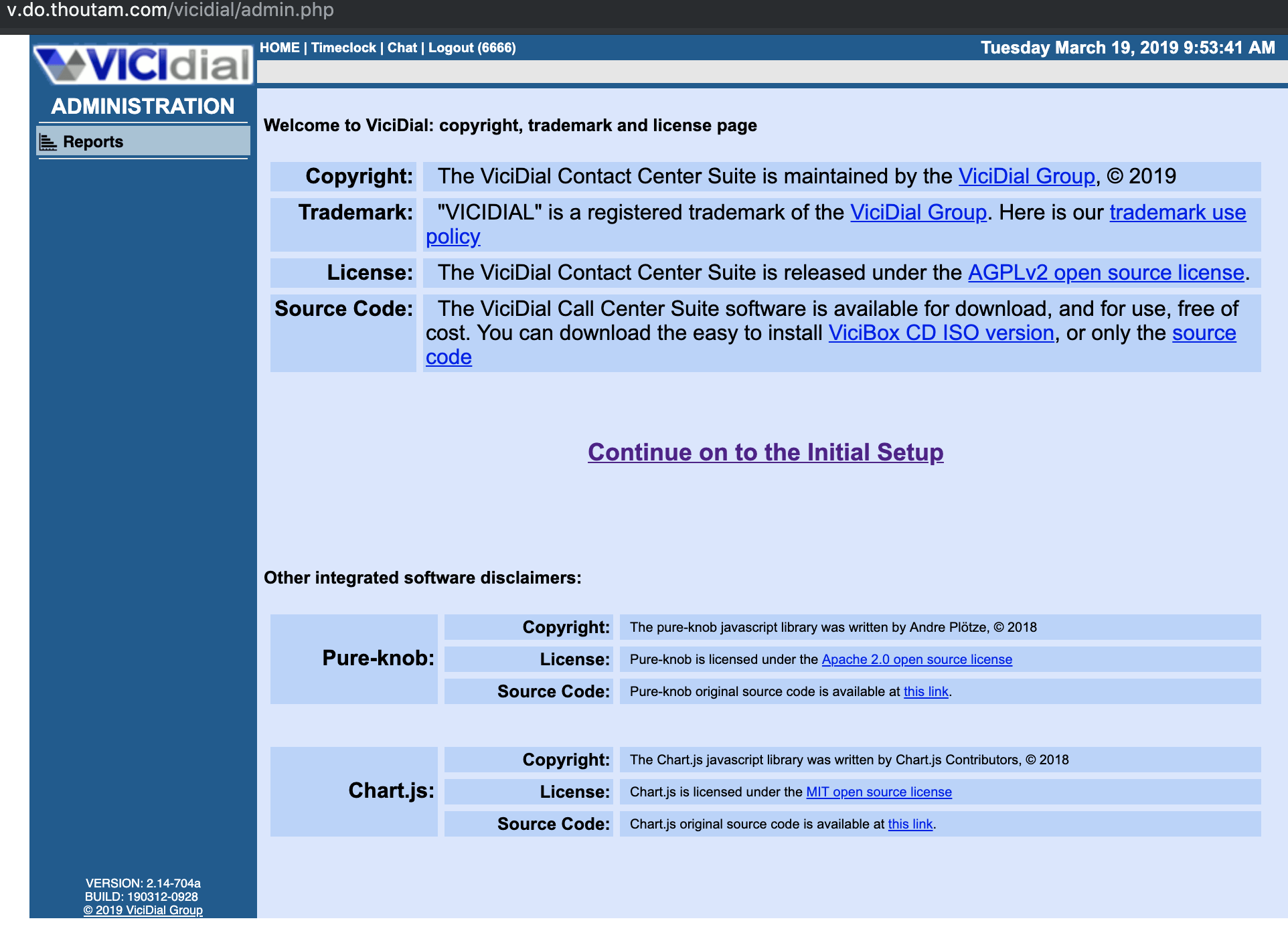 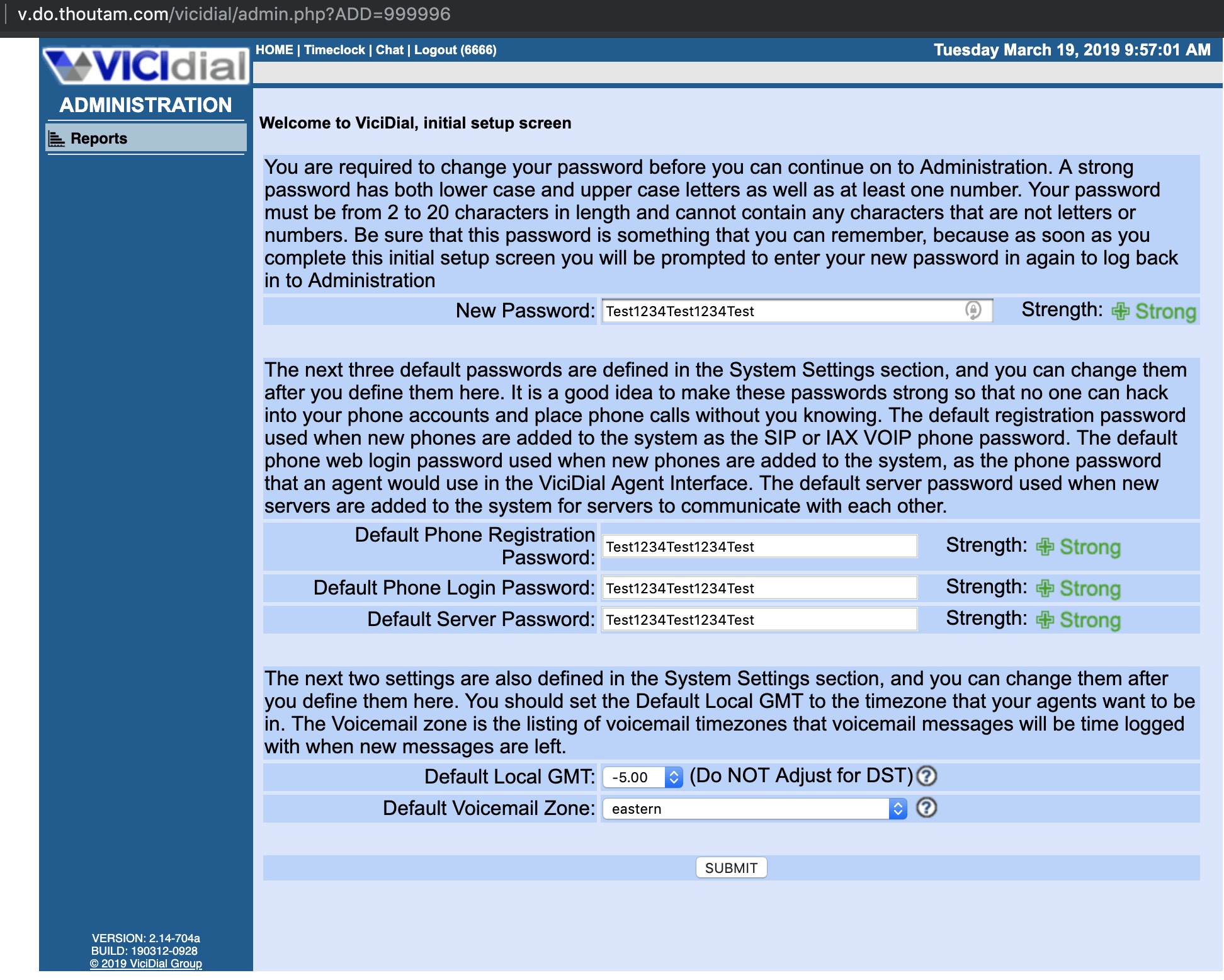 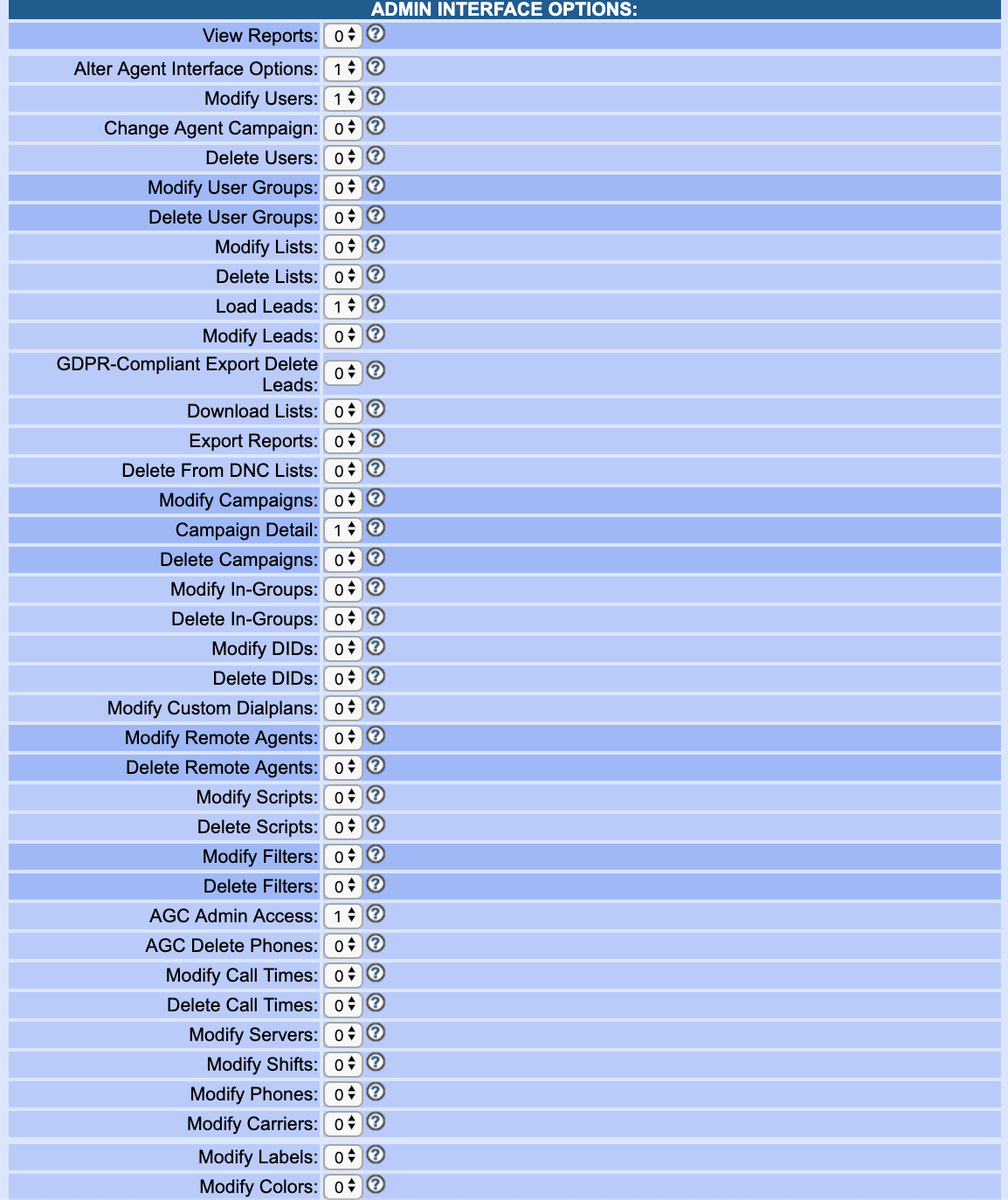 #Enable WebRTC from GUI and Download PBXWebPhone
#Next steps
1. Create Campaign
2. Create SIP Trunk
3. Create Dialplan
4. Upload Leads
5. Register Users to SopftPhone
6. Create Agents/users
Note: If WebRTC enable you don’t need softphone anymore.
………
And Enjoy…
Note: if you building the server for more than 30+ agents, I recommend to use bare metal servers than VPC.
Please let me know if you have any issues.
Facebook Comments